Tallahassee Citizens Against The Death Penalty 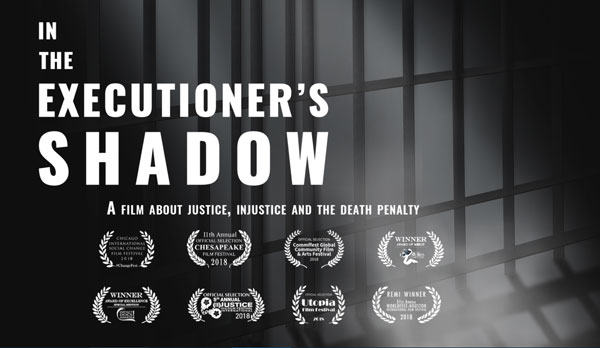 In the Executioner’s Shadow casts a penetrating look at the consequences of the death penalty through three powerful stories – the rare perspective of a former state executioner who comes within days of executing an innocent person; a Boston Marathon bombing victim who struggles to decide what justice really means; and the parents of a murder victim who choose to fight for the life of their daughter’s killer. As the battle to overturn capital punishment comes to a head in the U.S., this provocative film challenges viewers to question their deepest beliefs about justice. In the Executioner’s Shadow illuminates the oft hidden realities entangled in death row, the death penalty, and the U.S. Justice system at large.

Following the film there will be a panel discussion moderated by Mike Vasilinda, Capital News Service.

Learn more about the film

Tallahassee Citizens Against the Death Penalty coordinates and encourages the efforts of local individuals and groups to promote alternatives to the Florida death penalty. Our members represent diverse backgrounds and persuasions but are united by the conviction that capital punishment is bad public policy.
Contact us: info@tdadp.net

There are no executions scheduled in Florida. You can still take action.

© Tallahassee Citizens Against The Death Penalty